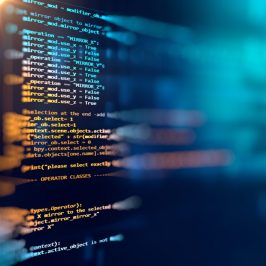 Software development outsourcing is on the rise- as companies around the world are looking to go further without spending more doing it. You’re probably familiar with the overall benefits and compromises widely associated with outsourcing, but not all outsourcing markets and companies within them are the same.

We’d like to tell you about how outsourcing to Romania with us is different than outsourcing somewhere else, across four points of comparison.

Value Adds
● You may have heard that the main value add from outsourcing is cost savings, and that cost savings mean quality sacrifices.
● Conversely, many of our clients pick us because we offer them fast and easy access to top-notch developers. At the same time, most of our clients also experience a high level of cost savings from working with us.

Working Transparency
● A common stereotype about outsourcing is that you’ll never know much about who’s actually developing your software- and that transparency is often an issue.
● On the flip side, we prefer to build teams of developers for our clients that are fully integrated with their own teams- separated only by distance.

Dialogue and Input
● An unfortunate stereotype, associated with certain outsourcing markets in particular, is that outsourcers use the phrase “yes, sir” a lot, without asking the right questions, and without offering much creative input of their own- leading to low quality workmanship and misinterpretations.
● We focus on maintaining open dialogue and an atmosphere of candor with our clients. Besides that, we like to offer our ideas and advice to our clients, as ultimately, many minds go further than few.

Physical and Cultural Distances
● Many people feel that outsourcing involves overcoming vast cultural and physical distances. The 2006 comedy “Outsourced”, about an American that travels to India to set up a call centre, illustrates this stereotype perfectly.
● Fortunately, this isn’t the case with Romania. Not only is Romania’s culture and overall working mentality similar to other Western countries, but whether you’re in Montreal, Manchester, or Malmo- it’s fairly straightforward to set up an in person meeting with us or with our developers. Compared to India as an example, visas aren’t much of an issue in either direction- and if you’re in Europe or North America, it’s probably much quicker and easier to get to/from Bucharest than Bangalore.

If you’d like to learn more, feel free to drop us a line, we’re in Bucharest and Montreal.

We use cookies on our website to give you the most relevant experience by remembering your preferences and repeat visits. By clicking “Accept”, you consent to the use of ALL the cookies.
Cookie settingsACCEPT
Manage consent

This website uses cookies to improve your experience while you navigate through the website. Out of these, the cookies that are categorized as necessary are stored on your browser as they are essential for the working of basic functionalities of the website. We also use third-party cookies that help us analyze and understand how you use this website. These cookies will be stored in your browser only with your consent. You also have the option to opt-out of these cookies. But opting out of some of these cookies may affect your browsing experience.
Necessary Always Enabled

Performance cookies are used to understand and analyze the key performance indexes of the website which helps in delivering a better user experience for the visitors.

Analytical cookies are used to understand how visitors interact with the website. These cookies help provide information on metrics the number of visitors, bounce rate, traffic source, etc.

Advertisement cookies are used to provide visitors with relevant ads and marketing campaigns. These cookies track visitors across websites and collect information to provide customized ads.

Other uncategorized cookies are those that are being analyzed and have not been classified into a category as yet.