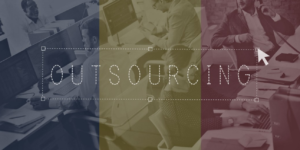 IT outsourcing has many benefits, and outsourcing to Romania presents some unique advantages over some of the more common markets out there- wherever you happen to be located. Saying this, a lot of these advantages come down to where you’re based, and what you’re looking to achieve.

Here’s 3 unique reasons to outsource to Romania with us, for companies in 3 unique regions:

Canada
● The costs of doing business in Romania are much lower than in Canada, and by outsourcing to a company like ours, we’re able to pass these cost savings onto you- without the need for you to sacrifice on quality.
● Romania is fairly close to Canada, both geographically and culturally. If you were to fly out of Bucharest in the morning, you could be in either Toronto or Montreal by the afternoon local time. Also, Romania is part of the EU, and has a similar cultural background to Canada. As such, there’s not a whole lot of difference between outsourcing to Romania, or outsourcing to Ireland- only cost.
● Not only are we close, we’re also local. We’ve got someone in Montreal, and we’re thinking about setting up a Canadian subsidiary over the next few months.

East & Southeast Asia
● By having part of your team based in Romania, you can make your business more international, as well as gain access to the largest combined market on earth, the European Union.
● Adding to the first point, through working with an international team, you’ll gain access to different concepts and ideas that can help you move forward and gain competitive advantages.
● Despite these advantages, hiring resources in Romania is often less expensive than hiring in-house, whether you’re in Seoul, Singapore, or Kuala Lumpur.

Australia & New Zealand
● You can do more with each day. As of May, Sydney and Melbourne are both 7 hours ahead of Bucharest. This means that your IT team can essentially operate in two shifts, and have an hour of overlap. This means more productivity for you, and more uptime- without any crazy schedules.
● In a similar sense to what we’ve mentioned about Canada, there aren’t many cultural differences between either Romania, Australia, or New Zealand. Also, in comparison to many other IT outsourcing markets- English proficiency isn’t an issue.
● As we’ve mentioned above, whether you’re in Asia, Australia, or elsewhere- it’s a huge advantage to be able to have on-the-ground access to different foreign markets, and the EU happens to be the largest single market in the world today. By working with us in Romania, we can help you gain access to all of Europe.

We use cookies on our website to give you the most relevant experience by remembering your preferences and repeat visits. By clicking “Accept”, you consent to the use of ALL the cookies.
Cookie settingsACCEPT
Manage consent

This website uses cookies to improve your experience while you navigate through the website. Out of these, the cookies that are categorized as necessary are stored on your browser as they are essential for the working of basic functionalities of the website. We also use third-party cookies that help us analyze and understand how you use this website. These cookies will be stored in your browser only with your consent. You also have the option to opt-out of these cookies. But opting out of some of these cookies may affect your browsing experience.
Necessary Always Enabled
Necessary cookies are absolutely essential for the website to function properly. These cookies ensure basic functionalities and security features of the website, anonymously.
Functional
Functional cookies help to perform certain functionalities like sharing the content of the website on social media platforms, collect feedbacks, and other third-party features.
Performance
Performance cookies are used to understand and analyze the key performance indexes of the website which helps in delivering a better user experience for the visitors.
Analytics
Analytical cookies are used to understand how visitors interact with the website. These cookies help provide information on metrics the number of visitors, bounce rate, traffic source, etc.
Advertisement
Advertisement cookies are used to provide visitors with relevant ads and marketing campaigns. These cookies track visitors across websites and collect information to provide customized ads.
Others
Other uncategorized cookies are those that are being analyzed and have not been classified into a category as yet.
SAVE & ACCEPT